Most songs, whether on the radio, on stage, on film, follow the basic “Verse-Chorus” structure. If the Chorus is the “thesis,” or point of the piece, the Verse is the “body paragraph,” providing specifics, examples, additional color to flesh out the key message of the Chorus.

The music of Lin-Manuel Miranda’s Hamilton shatters this convention. Its score can be described as less like a traditional book musical, and more like an opera, set to a hip-hop, R&B, and pop score. A few numbers fit within traditional song templates (there are nearly 50 songs), while the bulk of it is more on the operatic side, with musical moments and ideas presented, then swirling to another phrase, then back again.

Hamilton is almost the anti-musical, presenting what I consider “circular” songs: presenting one single instance, frozen in time and/or inviting us in media res, flooding us with context, then snapping back to the present. They have elements of the traditional “Verse-Chorus” template, but have a unique structure all to their own.

One example of this is the terrific introduction to The Schuyler Sisters. Three high-class ladies hit the New York scene, introducing themselves by name: “Angelica, Eliza, and Peggy: the Schuyler Sisters.” Led by Angelica, the trio rebuffs men’s romantic advances for more intellectual pursuits: discussing Thomas Payne’s Common Sense, politics, and gender equality. They all agree that “History is happening in Manhattan, and [they] just happen to be in the greatest city in the world.” The song expands, as a hearty ensemble joins them for another chorus before we lock back into the opening refrain: “Angelica, Eliza, and Peggy: the Schuyler Sisters!”

Not only is this song immensely entertaining, but it leaves a considerable impression for essentially starting and ending at the same place – the opening “Angelica, Eliza, and Peggy” introduction, rather than the song’s chorus. In the narrative proper for this show (excluding the opening number), literally the first words out of each sister’s mouth is her name – seemingly the basest level of introduction. The song turns out to be anything but, as we learn more about the different personalities, attitudes, and minds of these modern, well-rounded women. The reaffirmation at the song’s conclusion, their re-introduction, nails this home. They’re at the same place they were when the song started, but we’re not – three minutes later, we’ve been remarkably introduced to the Schuyler Sisters.

This songwriting in media res is even more profound for Angelica’s lead song Satisfied. She toasts the marriage of Eliza to Alexander Hamilton: “A toast to the groom, to the bride, from your sister who is always by your side. To your union and the hope that you provide, may you always be satisfied.” The number then literally “rewinds,” back to when Angelica first met Hamilton. She reflects (via rap) how quickly she judged him before passing him off to the instantly-smitten Eliza, regretting her choice now that the former has fallen for him herself. At the same time, however, she reminds herself that as the oldest sister, she has a responsibility to marry rich and look out for her sisters’ happiness. To have taken Hamilton for herself would have broken both 18th century codes.

The liquid piano line glides us back into the present, as she repeats her toast from the beginning – but now weighed down by the understanding and acceptance of her choice. Her tongue-twisting rap and rapid turn of phrase illustrates how quickly her mind works and all the thoughts and fears running through as she realizes, all in one instant, she will never be satisfied.

The traditional approach would have been each song concluding with the main Chorus, but instead, the songs wrap around back to their introductory phrases. The Schuyler Sisters and Satisfied are just two examples of how Hamilton turns the musical on its head, from classical “move-the-story-along” songs, to literally stopping the narrative action, working backwards to contextualize a key moment, then moving forward.

The effect of each song is less from a “message” driven home through a Chorus, and more in the reaffirmation of the opening phrase. To hinge a song on the repeating of a single phrase once, rather than multiple times (as a Chorus would have been), is an admirable exercise in restraint and creates an even greater musical impact. Hamilton is a remarkably rich score with terrific numbers, but these “circular” songs stand out among the best for their uniqueness and memorable power. 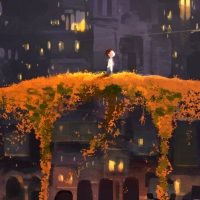 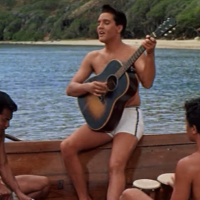 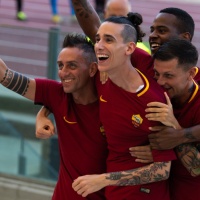 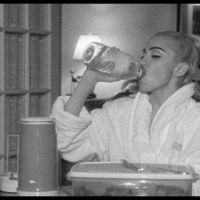 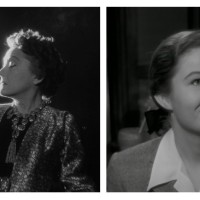 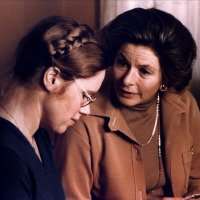